In August, Youth Time International Movement welcomed the global youth community to the tenth edition of its International Youth Summer School. This year the annual event was held in the capital of Iceland, Reykjavik.

Preparing young adults for the changes that are pending now and likely in the future was the core of this event on the theme “Future Skills for Workplace Sustainability: Preparing for Transition”. Technology and Innovation have already brought many changes to the job marketplace, leading to a disruption of the skills that are needed. How can young adults ensure that their role as working professionals remains sustainable?

The main goal of the Youth International Summer School 2020 was to prepare young participants for the process of acquiring future skills. For that, workshops, masterclasses, case studies, and field trips were organised with our main partner, the University of Iceland. In the Opening Ceremony, Julia Kinash, the president of YTIM, stated in her welcome letter that it is important to understand the current trends in the work sphere and try to predict possible market changes to minimize youth unemployment: “Not only is this happening now, but it is happening rapidly, with the introduction of robotic automation, technological innovation, and digitalization that could cost millions of people their jobs worldwide”.

How to adapt to the upcoming changes?

Preparing for the future starts with education, and people have to adapt by gaining new knowledge, skills, and using technology – those were some of the speakers’ remarks during the first panel discussion led by Hrishabh Sandilya, the director of Partnerships and Development at Project Phoenix, a European NGO that works to empower migrants, refugees and asylum-seekers. He noted that the biggest challenge that education is facing today is Covid-19 and its consequences, and reminded that over a billion children have not been in school for several months. It is now more necessary than ever to adapt and use technology to improve worldwide education. The attendees also discussed the theme of social inclusion through education in a workshop with Lucie Mairychová, the co-founder of Karierko, an NGO that encourages young adults to aim high professionally: how can people overcome the obstacles created by their social background, living condition, or lack of access?

In the afternoon we learned and analyzed the most influential trends in the development of the different areas in global society and what the outline of skills, and training for sustainable future global development will be. In a workshop on how artificial intelligence will impact jobs, Theodoor van der Klaauw, a young IT professional who is currently working as a consultant at IBM, said that intelligent automation “will mostly replace jobs that are very easy to replace”. However the well-paid jobs could be affected too, such as investment banking.

During his masterclass, the expert Bogdan Vaida emphasized the importance of soft skills like strategic thinking and team work in order to adapt to the upcoming changes. His motto is “Games are metaphors for life”, and he indeed implemented his idea through strategic team games, followed by a feedback discussion on what they all learned. 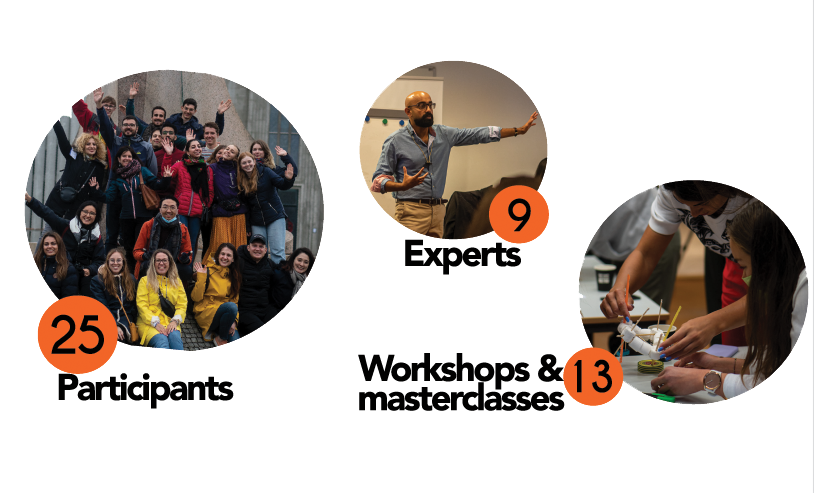 What are the skills we will need in the future?

The second day began with a videoconference master class about Skills for Sustainable Professional Growth by David Timis, a well-known communication consultant and keynote speaker from Romania. He pointed out the importance of focusing on skills rather than job types, as their importance is easier to predict and they are transferable, while “jobs come and go”. While he cannot detect a shortage of jobs in the future, he is convinced that many people lack the skills to do these jobs. In the future, people will spend less time with physical work, as those tasks might be handled by automation and AI. Meanwhile, humans will work in areas in which they do what makes them human, areas in which communication, creative work, social and emotional skills matter the most. In these fields, machines will not be able to learn to replace us. We also addressed the topic of the gender gap, and how to reduce it thanks to digital technology skills, with the engineer and consultant Karen Pesse. In addition, the participants got the chance to explore the topic of systems thinking with Hrishabh Sandilya: they had to draft a plan for a fictitious Norwegian city called “ Roak”, to switch from a polluting industry to a more environmentally friendly one. Afterwards, Hrishabh Sandilya presented tools, packages, and methods for social innovation such as; design thinking, DIY mentality, circular economy, bootcamps, hackathons etc. For the last masterclass of the day, David Timis talked about how to stay safe online: as he used to worked at Google helping to protect politicians from hacking attacks, he drew the participants’ attention on the need to protect oneself online, because – as he taught us – “everybody is at risk”.

Thora Oskarsdottir, the Director of Fabrication Lab (FAB LAB) Iceland, hosted the participants for the study visit of the 3rd day in the FabLab premises. We talked about mycelium and biodegradable materials in general, and how FABLAB is using it to create new innovative products that can help in achieving environmental sustainability goals. The participants were asked to join brainstorming groups to think of new innovations and create prototypes with mycelium before presenting their projects for a jury to select a winner. The day continued back at the University with a masterclass by Nelson Javier Mejia, a Salvadoran innovation specialist. In an interactive session, participants got to explore what we need to do to generate a positive impact in the world. Companies think of innovation as reputation, marketing, revenue, KPIs, but these are taking us away from the core of innovation. To explain further, he also introduced his new invention, a helmet that he believes is a metaphor that helps us understand what innovation is: the person who wears the helmet is “adopting the mindset of an innovator“, as Nelson states, “innovation is a mindset”. If you have the right mindset, knowledge, and skills along with resources and networks, then there is a way forward to being successful innovators.

The event finished on a high point with a cultural day trip to the Golden Circle, and a Closing Ceremony in the Harpa concert hall, known for its distinctive colored glass facade inspired by the basalt landscape of Iceland. 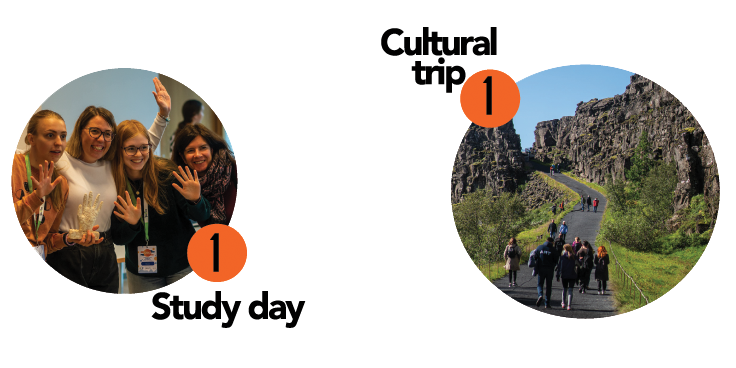