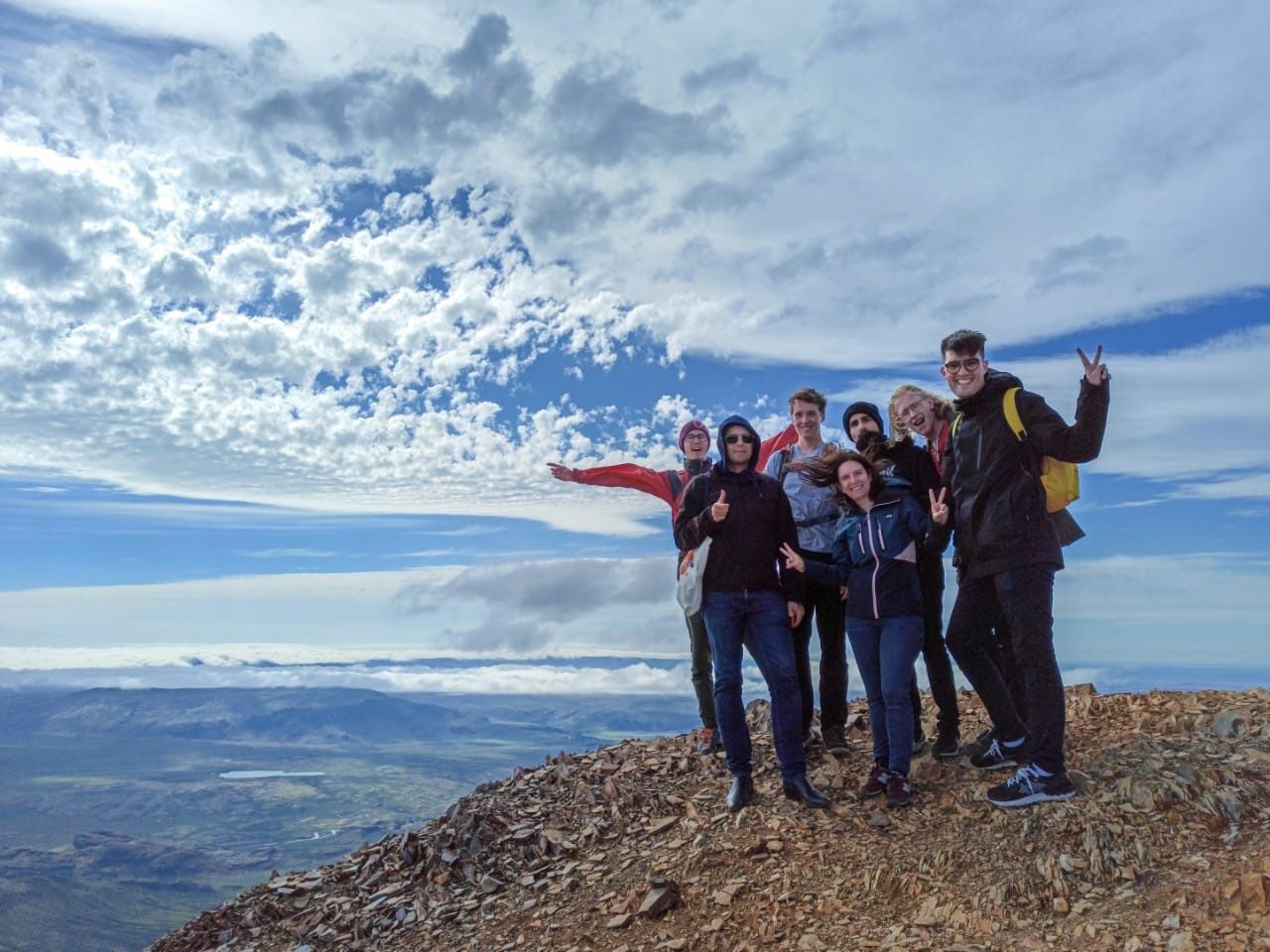 Iceland is a Nordic country in the North Atlantic with a population of 0.3 million people. The country is known for its diverse culture and landscapes. Iceland is becoming an increasingly popular destination for people who are looking for unique and incomparable experiences and activities.

The Youth Time International Movement organized their signature event, “The International Youth Summer School” in Reykjavik, Iceland from the 10th of August to the 15th of August, 2020. Both the summer school and Iceland provided incredible and memorable experiences. Let us give you a tour around the country in 4 minutes

It was the last day of the Summer School, and it was time to pack up and explore Iceland. The country has hundreds of tourist attractions, and one of the most convenient ways to explore them in one day is the “Golden Circle Tour”, which is a 300 KMs driving loop from Reykjavik into the southern uplands of Iceland and back. There are many tourist companies who offer various packages for the Golden Circle Tour, but choosing the company managed by the local Government is always a better and safer option such as “Flybus”, which is managed by City of Reykjavik. 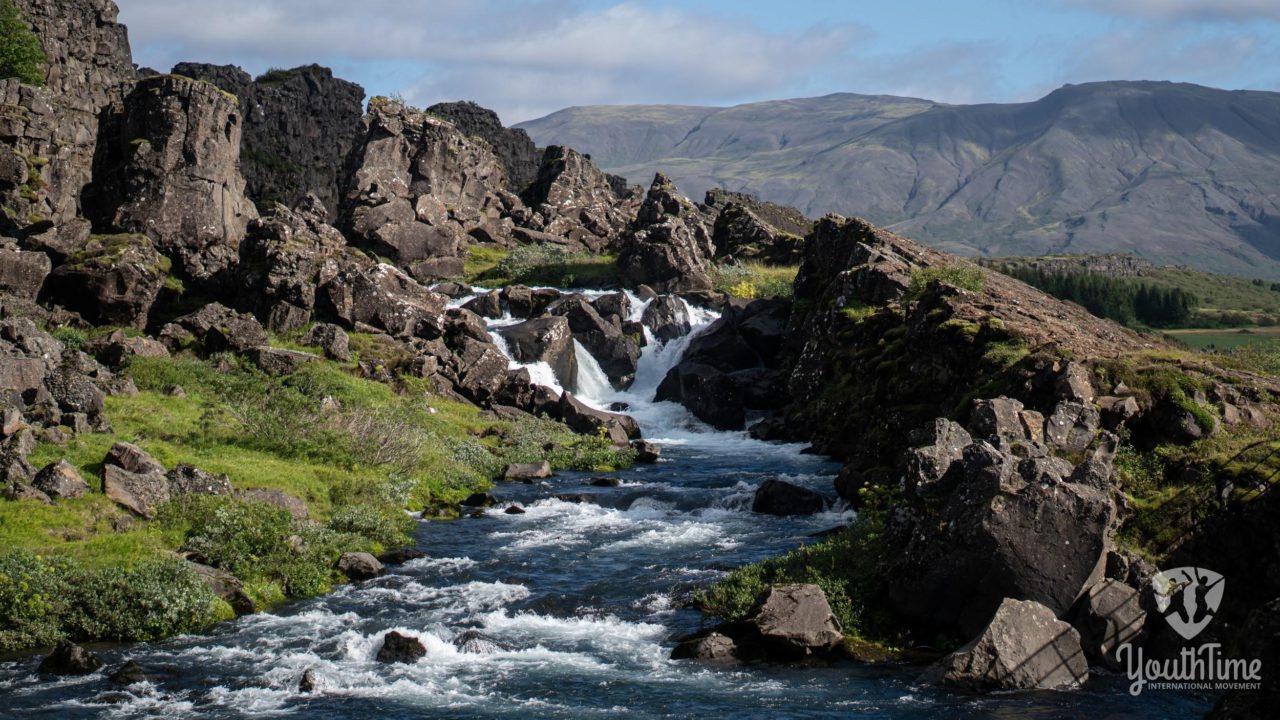 Once we left Reykjavik, we started driving the Golden Circle going NE on Route 36 towards our first stop, Thingvellir National Park. It is Iceland’s first National Park and a UNESCO World Heritage Site, too.

Thingvellir National Park is a keystone of Icelandic cultural history and is the location of Iceland’s first Parliament, started back in 930 AD.  At the Lögberg, people could step forward and give speeches about important matters. An assembly of 48 chieftains gathered here to discuss laws & engage in court proceedings on behalf of the country’s citizens. Iceland is geographically located on two continents, Europe and North America. Thingvellir National Park is the place where continents meet.

Thingvellir National Park has many attractions, a few surprises, and a lot of the things that make it one of the most famous tourist spots on the list. It has a little bit of everything: waterfalls, stunning views, and of course the historical aspect. Besides having a central hub with loads of information, there are several shops and other areas to learn the history of the place. There are plenty of things to do compared to the other areas, and tourists can spend their time hiking on trails, feeling the breath of nature, and if you are shopaholic then surely they have shops for you. It’s about as interactive as you can get for a tourist destination, and you instantly feel a part of the culture once you take everything in. 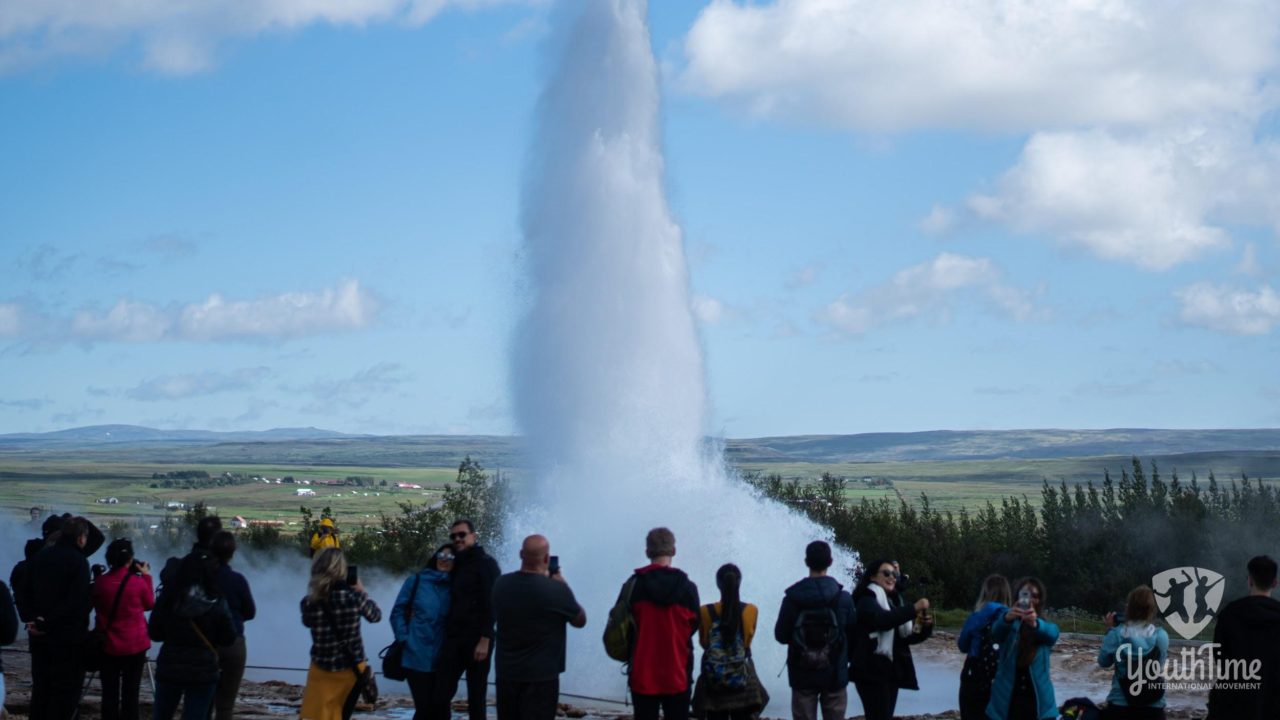 The next stop on our Golden Circle road tour was Haukadalur. The Great Geysir is another big feature of the Golden Circle in southwest Iceland.  There are a lot of important facts and figures about this particular geyser, and it is both a historically protected and revered destination in Iceland. Eruptions are the most popular feature of the geyser, and we were lucky enough to experience an eruption and, no doubt about it, that it was an experience unlike any other. The oldest geyser – “Strokkur” – is also one of the most reliable geysers in the world as it erupts more often than The Geysir, sending plumes of steam and very hot water high into the air, erupting every five to seven minutes. Renewable energy provides almost 100% of all electricity production in Iceland, with about 73% coming from hydropower and 27% from geothermal power.

There is plenty to walk to and explore, and if you happen to have a guide with you there is a lot of lore and history to learn about. It has a vastly different appeal than the waterfall, and the excitement centres around the waiting and wondering as to whether it will blow or not. It has a lot of potential to be a trip that you won’t forget if you see the Great Geysir; and even if it doesn’t erupt, count on it being a very good experience. Think of it a lot like Gullfoss but without the instant gratification. So when something awesome does happen, it really is a spectacular show!

The place has many shops and restaurants with tasty food; and, surprisingly, the food is cheaper than in the city centre despite being a tourist attraction. If you are tired after this long journey you can visit the “The Geysir Spa” to relax for a while. 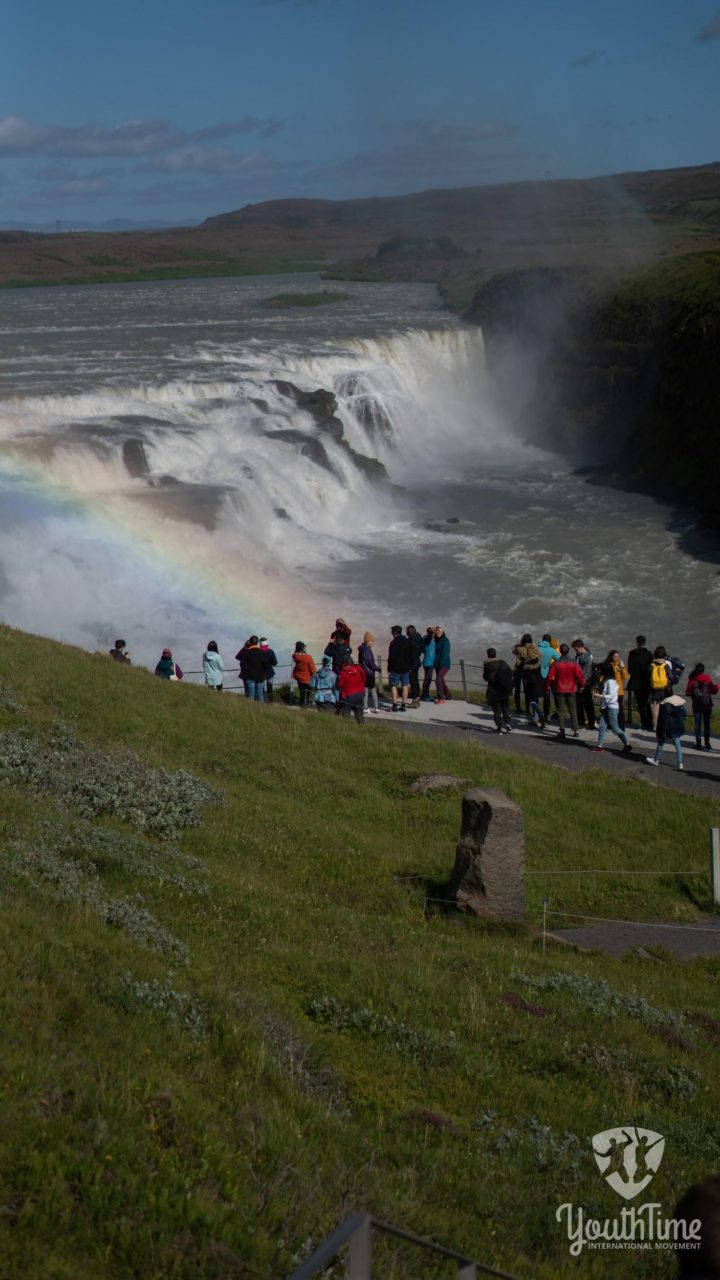 The last stop of the day was the Gullfoss waterfall on the Hvita river. The waterfall is a popular destination for tourists and is located off the main road, so you have to backtrack a bit to continue the normal Golden Circle route back to Reykjavik.

At this tourist attraction you will be met by a long staircase from the parking lot that, after going down the mind-blowing adventure, will begin the concrete pathway that you take along on the rim, allowing you to get a glimpse of the immense surge of water from the waterfall over the cliffs. Gullfoss means “gold waterfall” in Icelandic, and there is no doubt that it is a fitting description, as you can appreciate when the sun shines on it at certain angles.

With the naked eye you can observe water plunging down the scattered rocks into a narrow crevice. But what actually makes this attraction special is the stunning view if you catch a sight of a rainbow forming around the waterfall, which fortunately we had the privilege of seeing .

This Golden Circle Destination does not have many souvenirs for sale, but don’t worry as there are countless shops where you can buy mementoes if you want something to help you remember the waterfall.

The Gullfoss waterfall is one of the top-rated tourist attractions for obvious reasons, but a big part of it could be the specially allocated space for tourists to take pictures with mesmerising views that everyone who hasn’t visited Iceland will definitely be jealous of. 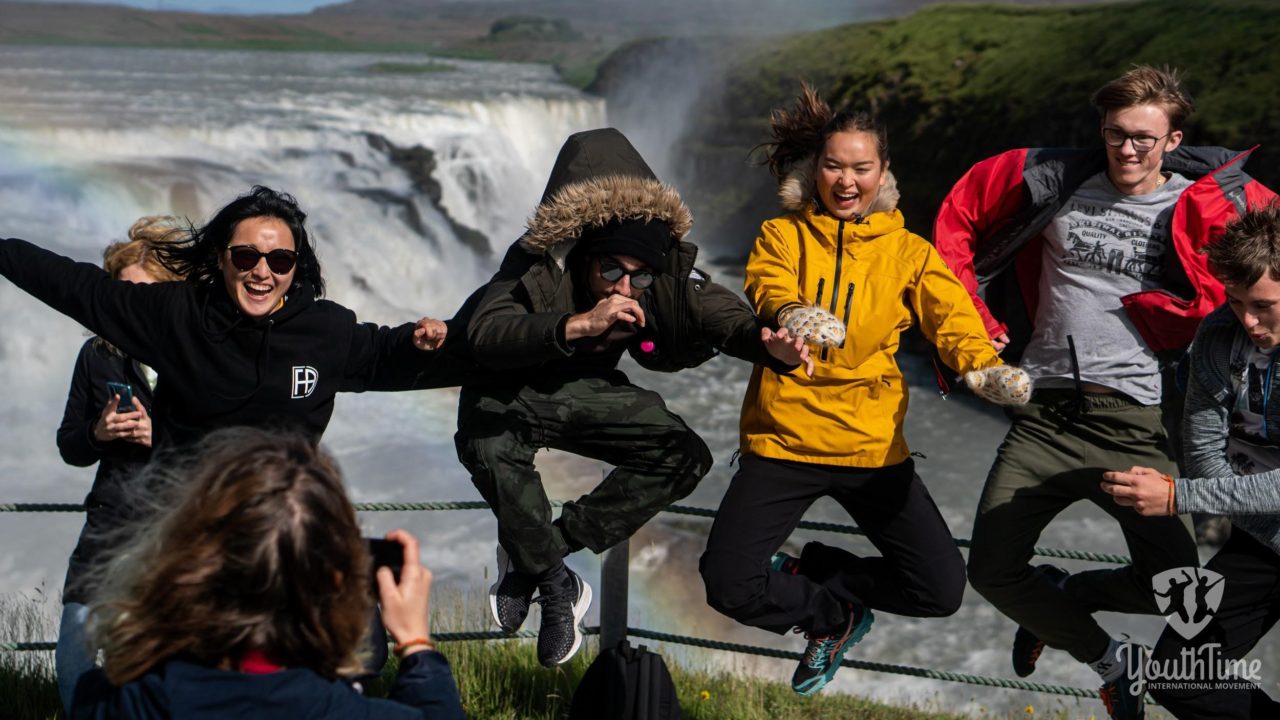