Smart Society of the Future: a Balance Between Old and New 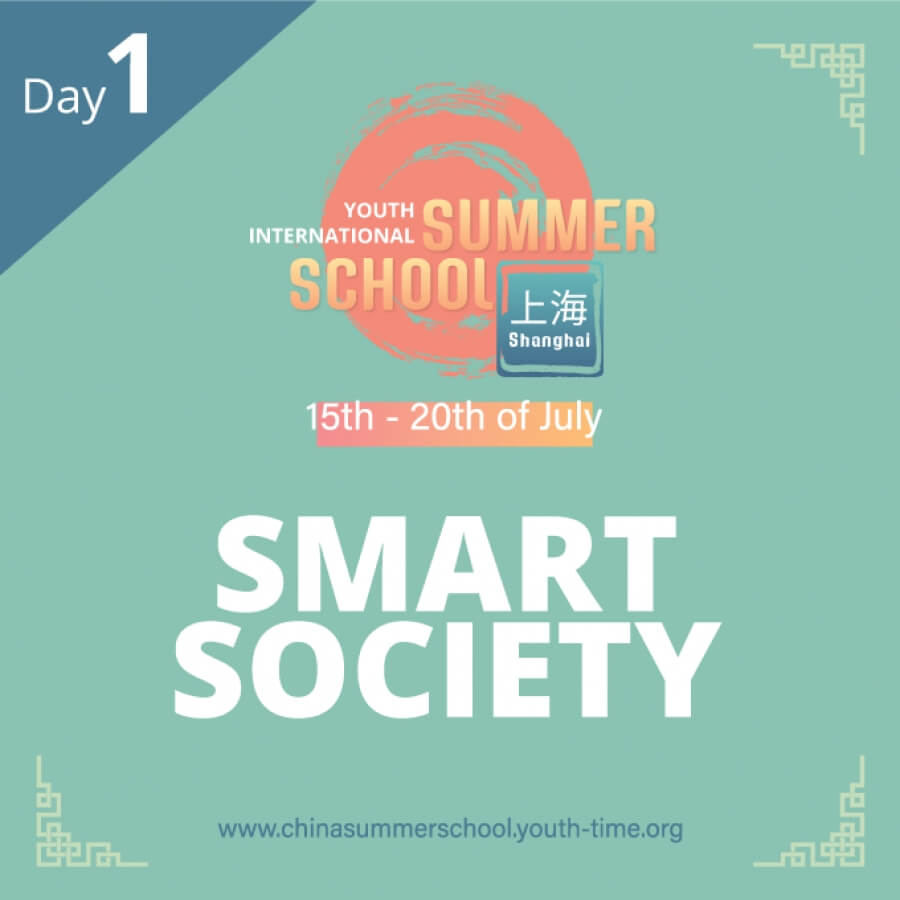 The concept of Smart cities is relatively well developed. It involves the capture of big data to make urban systems more efficient. But could the capturing of data optimise the performance and wellbeing of society as a whole? This was the main topic during Day One of the Youth International Summer School that is being held from 15th to 20th of July in the city of Shanghai.

Discussions about the smart society narrative started with the opening plenary session presided over by Dr. Vladimir Yakunin, the Chairman of the Supervisory Board at the Dialogue of Civilizations Research Institute. He dedicated his lecture to the topic of education in the time of smart development. He set forth some basic notions such as the proposition that education is not only the process of learning but a comprehensive system that includes both social and economic aspects and that this has been so throughout history. He added that the values of a particular community define the educational context. To illustrate this, he mentioned a few examples from ancient Rome, where the educational context was set to prepare students to become military commanders, and from Medieval Europe, where the main context was to make people good Christians. According to Dr. Yakunin, today the main principles remain the same, but culture-based educational systems have to deal with greater cultural diversity, so it is crucial to be aware of other cultures and to be sensitive to them.

He does, however, express skepticism about the possible domination of technology in education. Dr. Yakunin believes that the concept of “smart” itself needs to be extended to the socio-cultural level. He admits that a smart society should be technologically advanced, but future development should be more complex. “Sometimes we use words and we don’t see meanings behind those words. I suppose that employing these sophisticated methods while integrating new technologies is an objective process, and it will develop in the future. From the other side, we need to consider that online education will not provide the ability to communicate with other people. I think that some new combination of online and offline interaction between pupil and teacher will be necessary”, he said. Dr. Yakunin emphasized, that technology is an instrument to improve conditions for people and not vice versa.

Another speaker, Cheng Weidong, pursued similar themes with his lecture on the topic of Diversity and a Community of a Shared Future. He pointed out that a smart society should find the right balance between new and traditional standards. An example of a right balance would be to combine online and offline classes for students. He also emphasized, that even within the borders of one country, societies can be very diverse and that, as we consider access to technology when we are talking about smart societies, we are inevitably focused on big city dwellers. “For example, in China, in big cities like Shanghai or Beijing, people are quite tech savvy. Technology is part of their daily routine. They use it to develop their businesses, in addition to educating themselves and purchasing goods. But in rural areas of China nowadays there is not enough investment in technology and infrastructure to support it. So people basically don’t have the skills to use technology, so a smart society is very far away from them”, he explained.

Expert Sven Anger, who held a workshop on The Ecology of Smart Leadership, added to this perspective by noting that everything that people do or don’t do has an effect on their environment. So being aware of things that are happening is crucial and even more important now when technology is changing so much.  “To be a truly smart society we have to develop the ability to take some time and self-reflect. Furhter, to see how technology serves as a device, serves as a purpose, and how it distracts us from being the human beings that we are”, he said.

Dr. Hrishabh Sandilya expressed a different perspective on smart societies as he moderated the last event of DayOne – Smart Values Games. He noted that essentialchange will be found in even more diversification, but based on new principles. «We’re not going to have one standard smart society. We will have different types of smart societies in different parts of the world, simply because this what smart society is about. Take the values and behaviours from the already existing values. So like diversity in the past, we will have diversity in the future”, – he concluded.

Within the next two days,two more topics related to the «smart revolution» will be disccused atthe Youth International Summer School in Shanghai – Smart Business and Technology and Smart Cities. Stay with us to keep up with the latest articles from one of Youth Time’s major events of the year.