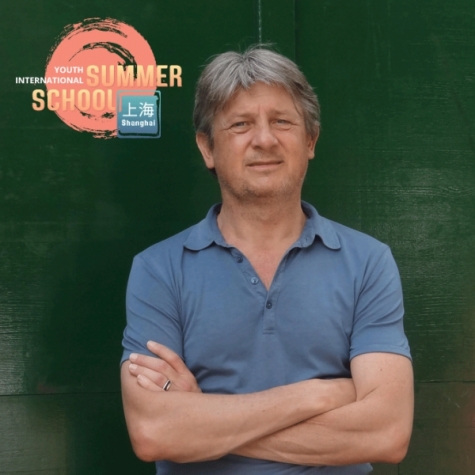 With the Youth International Summer School in Shanghai just a few months away, Youth Time International Movement begins to interview the experts who will be sharing their expertise throughout the event. One of these experts is Mr. Rob van Kranenburg, Founder of Council – the largest independent IoT thinktank.

Mr. van Kranenburg also works as Ecosystem Manager for the EU projects Tagitsmart and Next Generation Internet. He wrote The Internet of Things – a critique of ambient technology and the all-seeing network of RFID, Network Notebooks 02, Institute of Network Cultures. Together with Christian Nold, Rob van Kranenburg published Situated Technologies Pamphlets 8: The Internet of People for a Post-Oil World. He is co-editor of Enabling Things to Talk Designing IoT solutions with the IoT Architectural Reference Model, Springer Open Access. Further, Rob is in the SmartCitiesWorld Advisory Board and chairs AC04 – IoT Hyper-connected Society of the IERC, The European Research Cluster on the Internet of Things. Rob is also a member of The IoT Asia 2017 International Advisory Panel (IAP) and involved in building the ecosystem for the Next Generation Internet.

Mr. Rob van Kranenburg will be hosting a workshop on the topic, “The Role of Big Data and IoT in Smart Cities”. This interview aims to provide the Youth International Summer School participants with insight into what they can expect from the workshop, in addition to learning how to best prepare for it.

Mr. van Kranenburg, what is it about the Youth International Summer School in Shanghai that interests you most?

The people attending. Especially now I would like to know more how Millennials and the generations after them come to terms with their digitally hybrid world. Me, I am from the eighties. I still see a door and a key in the lock. I realize that for anyone after me there are just a thousand doors. Which one to open? Which one leads to a good room?

Are there any particular areas you will be focussing on with regard to the workshop on Big Data and IoT?

I will focus on the ‘thickness’ of data, the granularity of data that makes up real time analytics that makes sense for everyday life and living. I will talk about the growing centralization, crypto, and fintech. I will argue that as a society you need a system approach in order to build the best balance between centralization and decentralization.

What lessons can participants expect to gain from your workshop and how will they best apply them to their future endeavours?

I hope that in the years to come they realize they have agency and they should act when they feel the need.

Are there any additional topics or elements you wish to bring to our attention or add to the discussion?

Agency is the most important thing. Responsibility is second. Being true to yourself is the key.

Photo: From the archive of Rob van Kranenburg

Leigh is originally from the United Kingdom but has spent the vast majority of his post- education years living and working abroad. After completing school, he left his home country for Greece, and later moved to Prague, Czech Republic where he gained employment with Mckinsey & Company. In 2013, Leigh turned his attention to working with non-profits whilst also gaining qualifications in environmental conservation in South Africa. He later went on to lead the communications and development of a humanitarian organisation based in rural Rwanda, and served as a guardian to at-risk teenagers during the few years he spent there. His passions include wildlife conservation, youth development, and photography.