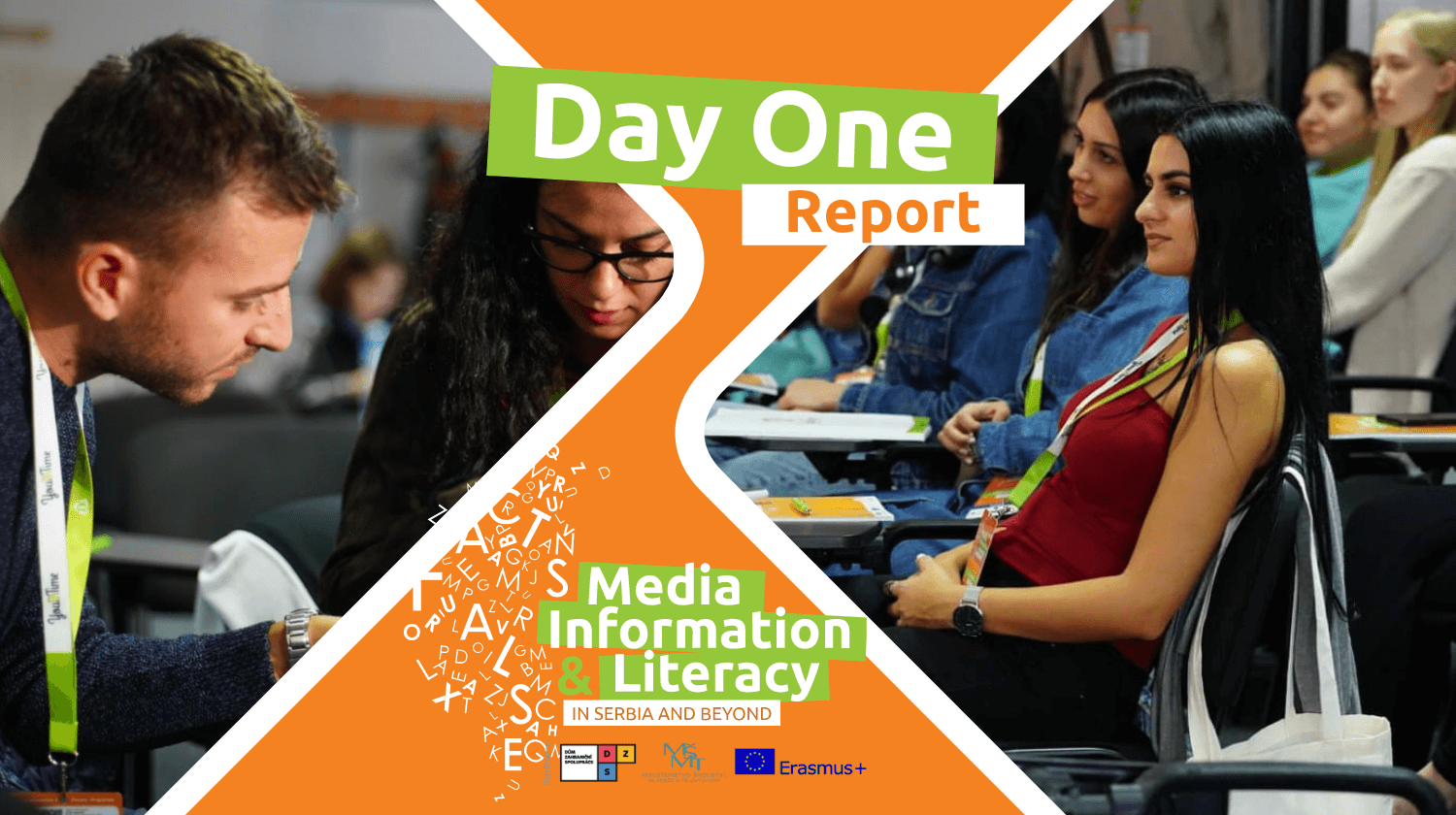 A successful first day with insightful talks, Olivera Mitić gives us the lowdown from the opening day in Belgrade.

After a successful opening ceremony held the night before, the first day of Youth Time International Movement’s programme in cooperation with Erasmus+ Youth Worker Exchange, Media Information & Literacy, launched today on the 28th of August in Belgrade, Serbia.

Bringing together participants from several different countries across the globe, this multinational project formed a youth community whose main goal throughout the following week will be to explore the depths and angles of the effect media has on the public.

“Welcome everyone to this event, we are so excited to have you all with us for what should be a fascinating week,“ said the project manager Olivia Hupp, thereby opening the first day of presentations with a welcoming speech in the name of the Youth Time International Movement.

Following a short overview of the activities to come throughout the programme, today’s event officially started, giving space to all of the participants to introduce their approach to media literacy on the example of their respective countries.

The state of media literacy – an overview

While the team leader of the Serbian group gave a surprising insight into the state of media in the country, focusing on the lack of space for information from the fields of culture, literature and film, the representatives from Bosnia and Herzegovina centred on the relation between biased and unbiased media in their part of the Western Balkans.

The lack of responsible journalist and the state of regional media outlets was another topic of interest. This was the main point of the presentation coming from the Russian team, who highlighted the dependence of media on the state and the questionable issue of freedom of speech in this area of Europe.

Discussing the problem of the trust people have in media, the youth leaders from Lithuania highlighted the drastic downfall of reliable information outlets and the horrid influence politics have on the kind of news that gets spread.

A similar effect is to be seen in Italy, where fake news have proven to be a serious point of distress, especially during the pandemic of COVID-19. As a contrast to that, the German group portrayed a rather positive example – in this country, a lot of funds and efforts were invested into campaigns regarding public health and vaccination.

When it comes to Slovakia, the presentation highlighted the media’s affinity towards heterogenous content on the bases of both types and types of outlets.

Private ownership of media seems to be a problem in the Czech Republic as well, going hand in hand with the increase of media concentration and the lack of accreditation.

What is media literacy?

“What is media literacy and why is it a must in today’s society?” asked professor Danica Čigoja Piper in the first lecture held during the Media Literacy & Information programme.

Is it the pure fact of being able to read? To write? Is it the ability to consume media content? In a society such as ours, where the data production per year is over two million megabites per person, understanding the effects of mediatisation and the orientation to the the device are important issues to take into account.

“We have to be aware of that”, says Čigoja Piper, pointing to the simultaneous lack of trust we have in the content that surrounds us. That’s why the process of decoding media messages and understanding their influence on  our thoughts, feelings and behaviours is so important.

The ones who especially have to think about that, while also keeping in mind different ethical and moral standards regarding the production of content, are journalists themselves. “If you want to work in media,” says Piper, “you have to follow and understand all the media you can, even if you don’t like it.”

Underlining the matter of time, the participants were asked to rethink the amount of hours they spend on media every day. This was a jumping point which led to the discussion of the role of critical thinking in modern society – a necessary skill which can help us find our way around through the 420 minutes a day we spend looking at content.

“There is no one truth,” concluded Piper. “And context is everything in this day and age.”

This is why being able to decipher fake news, click bait and misinformation is a needed ability.

In her closing remarks, Piper said: “You can never reach the last level of being media literate – it doesn’t exist.”

It’s an ongoing process and a social responsibility for all of us, which is why we have to keep thinking and rethinking it over and over again.

Tamara Đurić from the Serbian news agency Tanjug followed up as a guest lecturer for the second panel of the day. Working as a news coordinator, she shared her special insight from the fields of this intermediary type of work, with the goal of bringing news to other media, rather than to the readers themselves.

“What are the basic characteristics of the news agency style?” asked Đurić. The answer is complex: speed, accuracy, clarity and the significance of the word today, all boiling down to finding, reporting and spreading breaking news.

“There are no working hours in media,” said Đurić. “There are times when we get to work at 6am and don’t get to leave before 1am in the morning. Being ready for that is part of the job.”

You have to be prepared for everything – for dangerous and unpredictable situations, for skipping holidays, for unexpected travelling and doing a lot of teamwork. Those are the demands of responsible and perceptive journalism.

“An incident is always the news,” continues Đurić, with examples of different protests, attacks or other bad news that usually gets the spotlight, as well as specific situations from her own career which reflect this maxim.

However, what happens when the news are fake? Whether it be due to speed, pressure, a bad translation or a lack of fact checking, even the best and most devoted journalists can succomb to the trap of reporting something that might not be the truth.

“The best way to get over this hurdle is to check and record everything,” concluded Đurić and ended her lecture, followed by a round of applause.

The participants then had time to reflect on the day, before tackling their main task for the week – writing an article that could be potentially published on Youth Time Magazine. This will be an undertaking set for the week, with insights from speakers and experts shaping their stories before publication.