Which skills are essential for the future?

On day 3 of the International Youth Summer School 2020 in Reykjavík, participants had their choice among multiple master classes and workshop sessions about the essential skills that will gain even more importance in the upcoming years due to technological changes.

The day began with a master class about Skills for Sustainable Professional Growth by David Timis, a well-known communications consultant and keynote speaker from Romania. In his speech he mentioned that while about 51 million jobs are at risk due to automation, 59 million others will be lost because of the COVID crisis, which adds up to a whopping 110 million employees at risk of loosing their workplace. In the wholesale and retail sector as much as 70% of all jobs are at risk due to the current pandemic, especially office jobs. 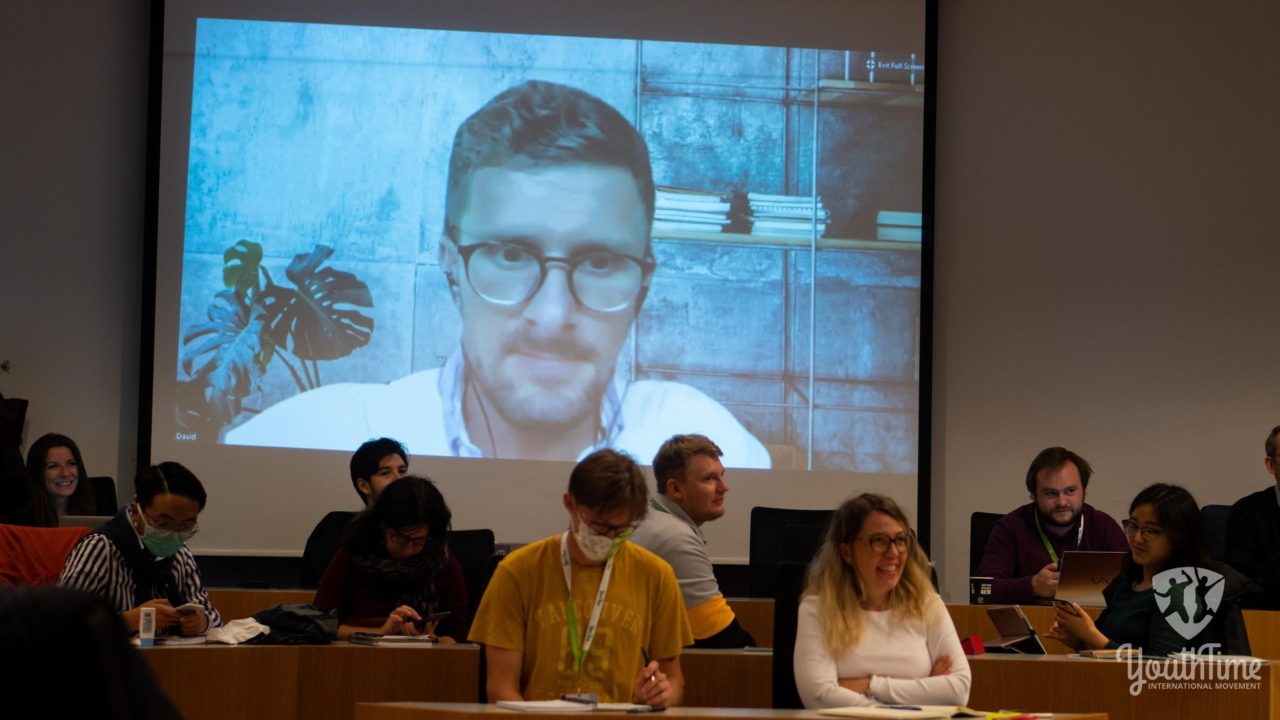 David Timis pointed out the importance of focusing on skills rather than job types, as their importance is easier to predict and they are transferable, while “jobs come and go”. He underscored his argument with studies that show that about 21 million European workers may have to leave their occupations by 2030, and that 90 million European workers may need to develop new skills in order to keep up with future requirements. About one in four employees in the US and Germany might need to learn new skills while one half of the global workforce will need to do likewise.  In Japan, these numbers may be even higher.

While David Timis cannot detect a shortage of jobs in the future, he is convinced that many people lack the skills to do these jobs. In the future, people will spend less time with physical work, as those tasks might be handled by automation and AI. 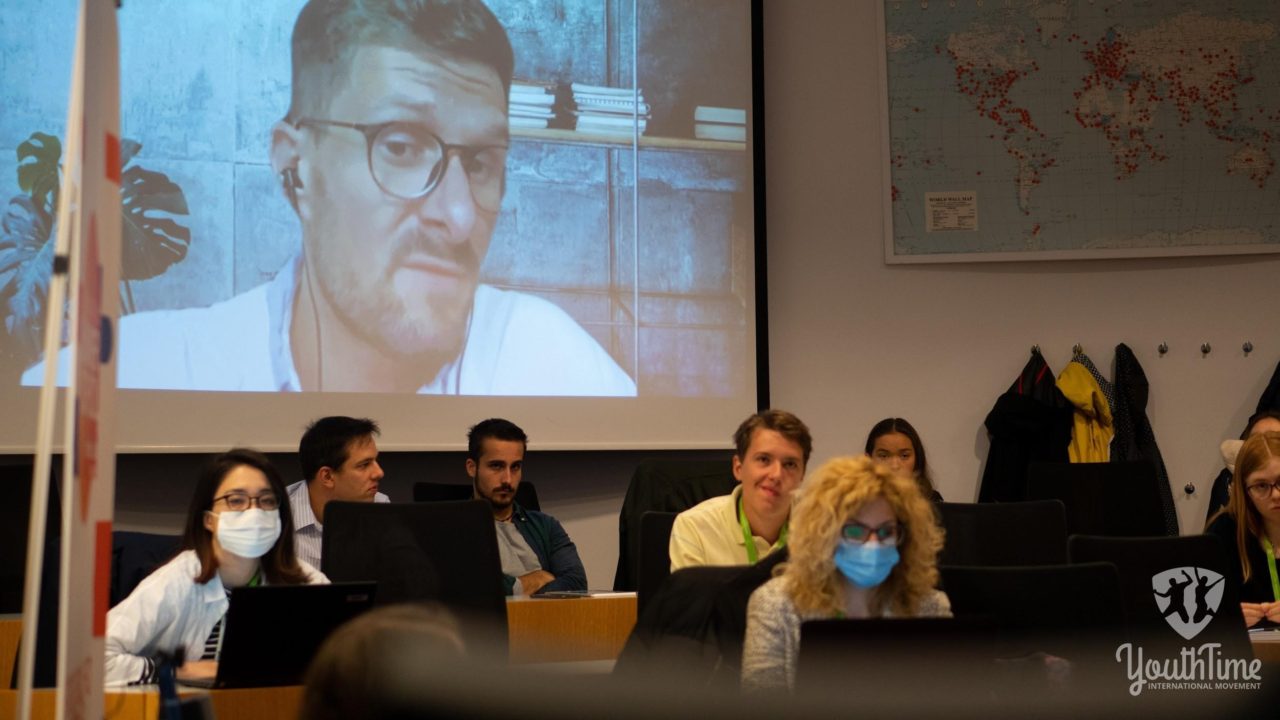 Which skills will be most important in the next 10 years?

Meanwhile, humans will work in areas in which they do what makes them human, areas in which communication, creative work, social skills, and other skills matter the most, and machines will not be able to learn to play an important role. Timis is sure that soft and emotional skills will be essential for future work.

Those skills can be described as the Four Cs of 21st century learning, which stand for Collaboration, Communication, Critical thinking, and Creativity.  His informative presentation was followed by a lot of questions, asked by many interested participants. One participant wanted to know how automation will affect wages, to which he answered that many companies already prefer to hire cheap workers in low-wage countries, rather than using expensive technologies. In low-skilled job areas, wages will not only decrease, but such jobs will, in many cases, vanish totally. 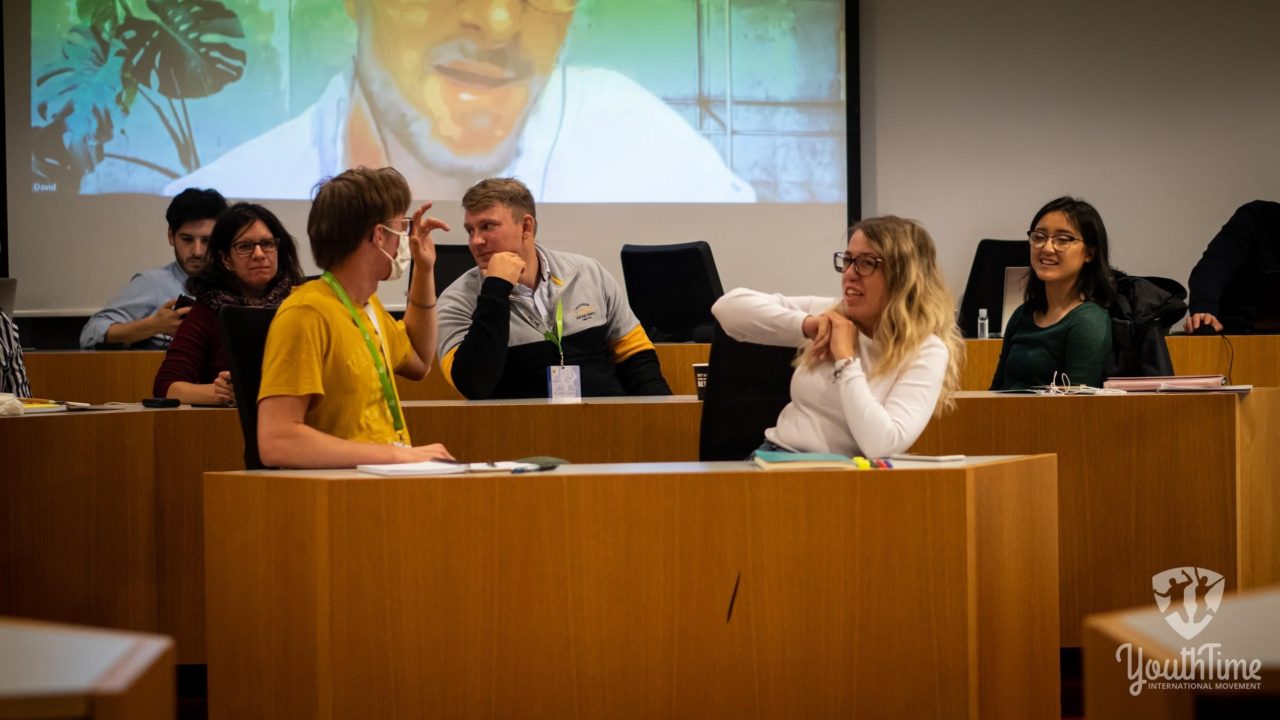 However, Timis stated that wages have actually been more affected by the covid-crisis than automation.

When another participant asked him how the situation with emotional intelligence looked right now in a global way concerning jobs and employment, David Timis answered that companies should employ mental health counsellors to help guide employees, especially in difficult times, like future crises. 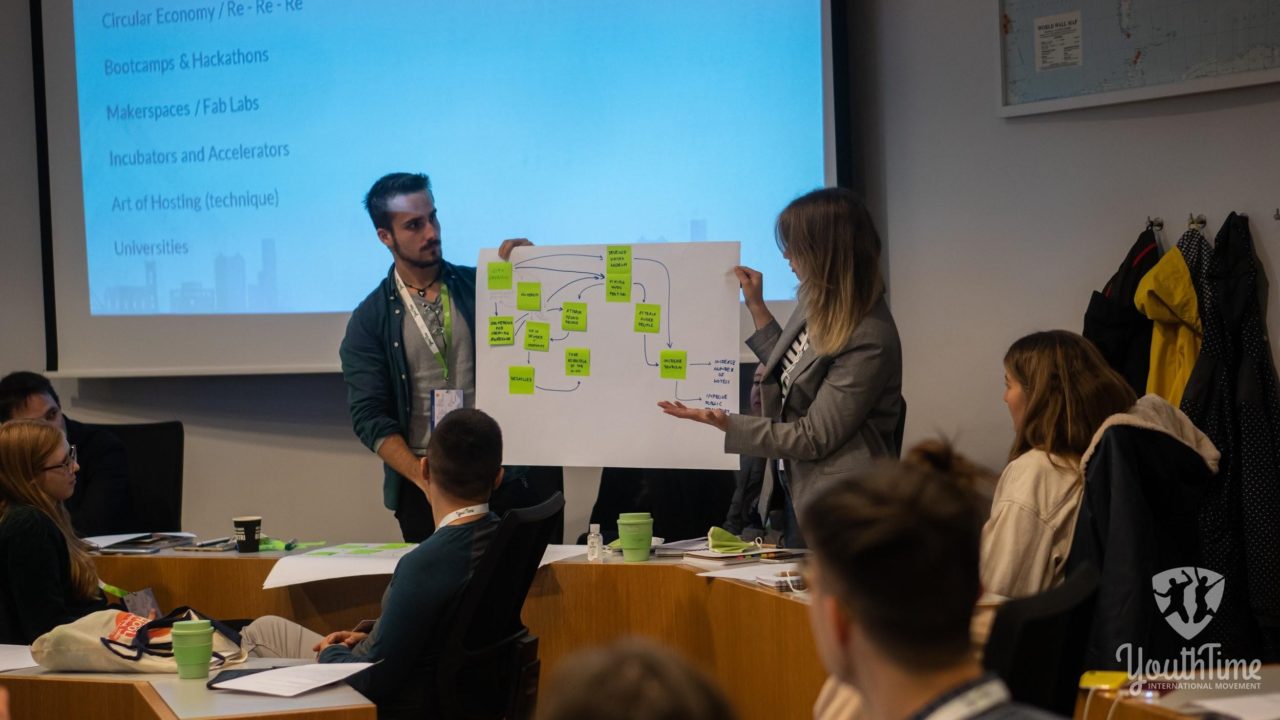 In addition, he advised the participants to meditate regularly for about 20 minutes a day, in order to fight anxiety as well as uncertainty and to maintain mental balance, which plays a huge role alongside emotional intelligence. As we are heading into difficult times, Timis thinks that governments should support small companies as they re-train their employees and introduce a universal basic income. In Spain, for example, everybody will receive money to have at least 500 euros at the end of the month, which provides a safety net to employees.

Digitalization and the gender gap?

After a short break, engineer and consultant Karen Pesse, who currently acts as a project manager for IBM and leads two social startup projects, proceeded with a workshop session about Developing Digital Technology Skills: A way to reduce the Gender Gap. Pesse introduced her presentation with the fact that women are less likely than men to operate a smartphone, navigate the internet, and use social media. After a short round of questions about gender equality in education, Karen presented four inspiring female role models from different technological backgrounds to the participants and mentioned some surprising numbers: While computer programmers are working in nearly every industry today, only 21% of America’s programmers are women. 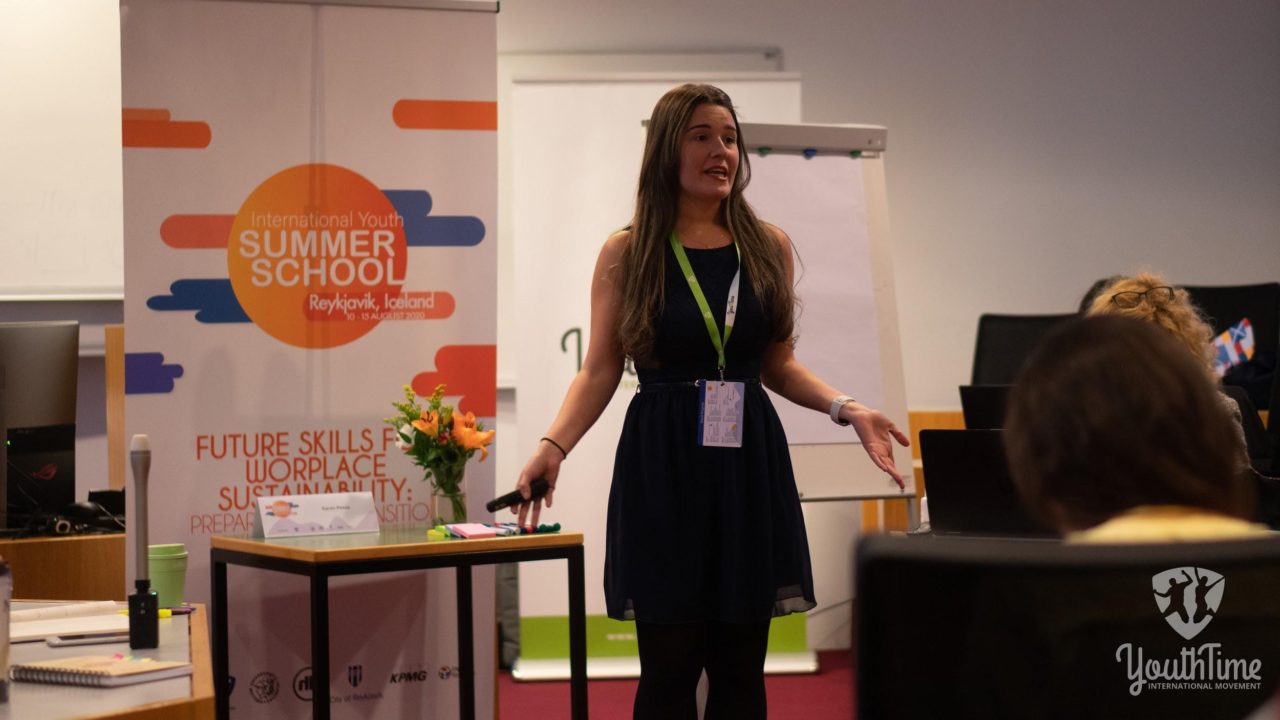 Furthermore, Karen Pesse shared an inspiring video in which young girls told the spectators that women could become everything, as well as a book she recommended and some opportunities for scholarships for the participants. This was followed by an “Elevator pitch”, a role play in which the participants had to convince her during an imaginary elevator ride to give them a scholarship. In that way, participants could learn what companies are looking for and get some useful negotiation tips.

Among the most important aspects to consider, she mentioned self-confidence, assertiveness, eye contact, and engagement. As a last tip she told the participants to search for people that empower them. 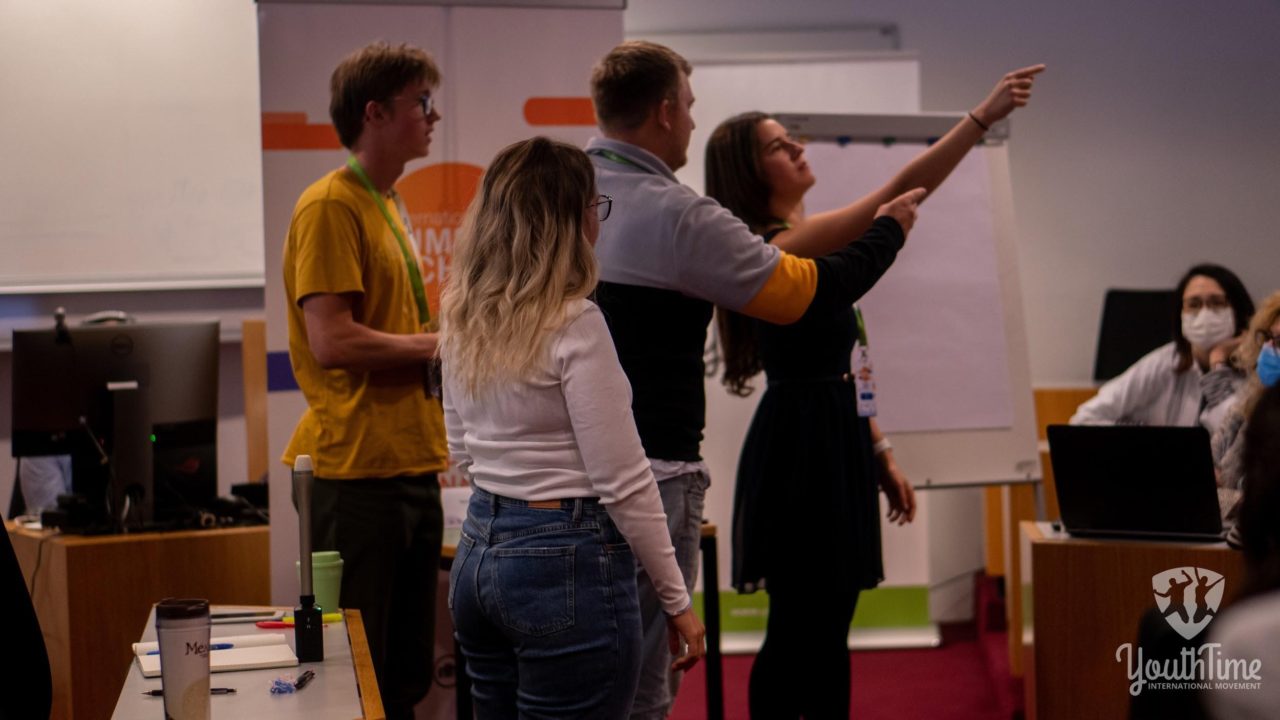 A Case Study in Groups on System Thinking was the title of the next workshop session, held by Hrishabh Sandilya, Director for Partnerships and Development at Project Phoenix, a European NGO and social enterprise. In this workshop, participants got the chance to put the System Thinking skills that they had developed the day before into practice and draft a plan for a switch from a polluting industry to a more environmentally friendly one for a non-existent Norwegian city called “Roka”. Subsequently, Sandilya presented tools, packages, and methods for Social Innovation, like Design Thinking, DIY Mentality, Circular Economy, bootcamps & hackatons, makerspaces / Fab Labs, incubators and accelerators, the Art of Hosting, and universities.

How hacking can be prevented?

For the last master class of the day, David Timis, who unfortunately could not attend the event physically and held his presentations via videoconference, talked about how to stay safe online.

As he has worked at Google, helping to protect politicians and holders of elected offices from hacking attacks, he drew the participants’ attention towards the need to be safe and protect oneself, because – as he taught us – “everybody is at risk”. He then introduced us to the three most common hacking attacks, which are Phishing, where hackers want to steal passwords and personal information; MTIM, which is mostly aimed against political parties and NGOs; and DDoS, an attack on a web server in order to make a website unavailable. 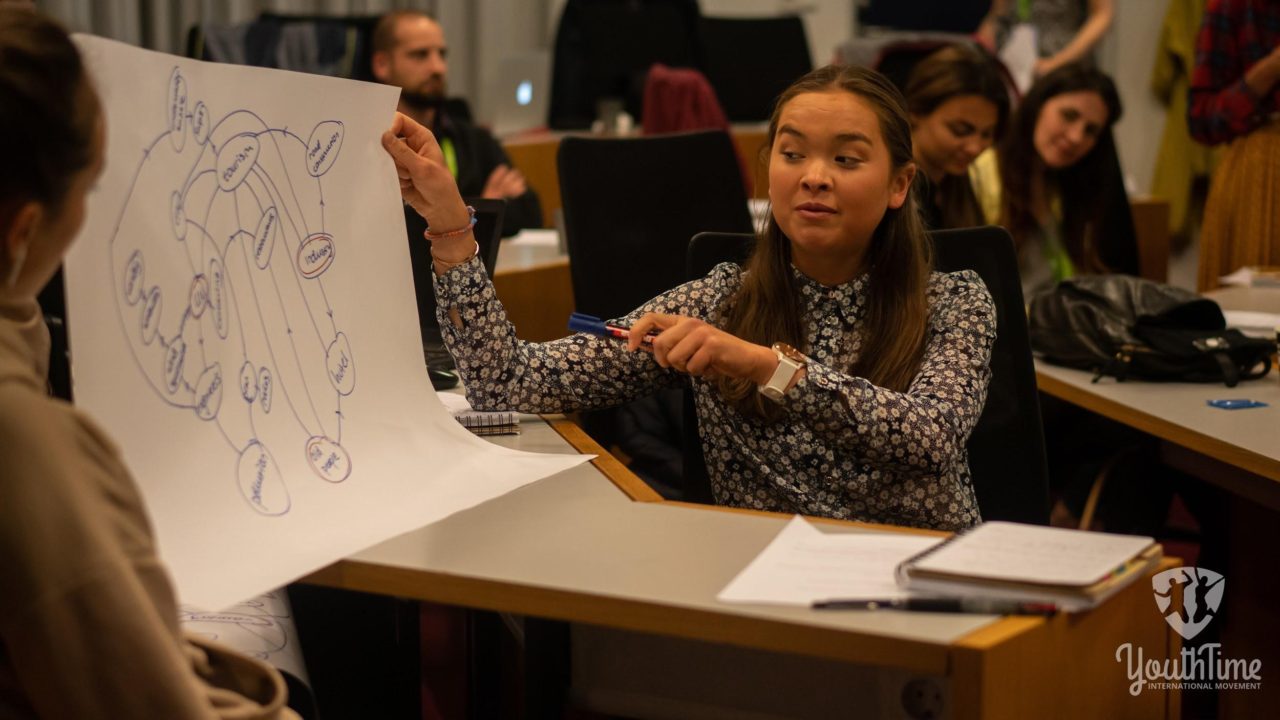 The best measure against phishing is using a password manager and many different passwords. The use of a security key offers even more protection against hacker attacks. After having dinner, the participants enjoyed a guided walk around the city of Reykjavík with YouthTime Ambassadors and a local Summer School participant, during which they visited some interesting places and learnt a lot about the Icelandic capital.